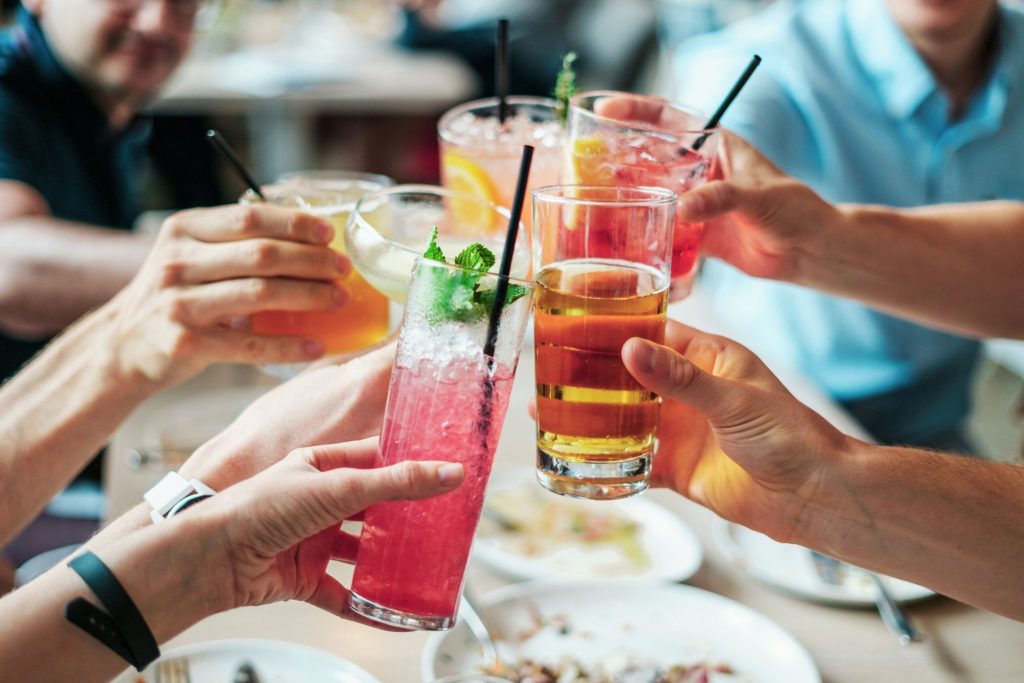 Want to extend your vacation and indulge yourself while refreshing yourself on the occasion of this end of summer? Domaine du Taste gives you the recipes for its favorite cocktails, and it makes your mouth water!

But first, a little history!

Cocktails appeared at the end of the 18th century in the United States and England. But it was only during prohibition in the United States in the 1920s that the cocktail reached its apotheosis. Indeed, they made it possible to mask the contraband alcohol of bad quality with the addition of another drink.

Until the mid-1970s, cocktails were mostly made from whiskey, rum and gin. Vodka-based cocktails spread in the 1980s, often replacing gin.

First, crush the ice: put your ice cubes in a tea towel and crush the ice using a rolling pin. Pour into a bowl and put in the freezer. In a glass, simply place the mint leaves at the bottom. Add the lemon pieces then the cane sugar syrup. Crush it all with a special cocktail pestle! Add the crushed ice, leaving 2cm free, then the rum. Finally, top up with sparkling water and mix everything together! It's ready ! Good tasting

A vinotte from Vodka Fair . A Vinotte of Triple Sec Grand Marnier Cordon Rouge 4cl of cramberry juice The juice of a lime 5 ice cubes

Combine all the ingredients in a shaker with the ice cubes. Pour the mixture into a cocktail glass while straining. Serve and enjoy.

Place the ice cubes in a shaker, add the Cognac, Grand Marnier and lemon juice. Shake for about 20 seconds. Filter the mixture, serve in a glass and enjoy.

9cl of Champagne A vinotte of blackcurrant cream from Dijon Briottet

Make this recipe directly in the glass. In a flute, pour the cream of Dijon blackcurrant in the bottom, then add the very chilled Champagne.

In a shaker put the ice cubes then all the ingredients. Shake for 15-20 seconds. Filter and serve in a cocktail glass.

Put the brown sugar in a short glass. Pour in the bitter angostura then the cola-type soda, mix. Add the ice. Pour the Meyer's whiskey vinotte mix. Decorate with a flambé orange zest.

Pour the gin, lemon juice and sugar syrup in a shaker half filled with ice cubes. Hit for ten seconds and pour into a glass while straining. Add very fresh sparkling water then mix gently.

Find our entire selection of spirits in our boxes of 6 , 12 and 24 spirits to make the best cocktail recipes on our site to make your summer last all year round!